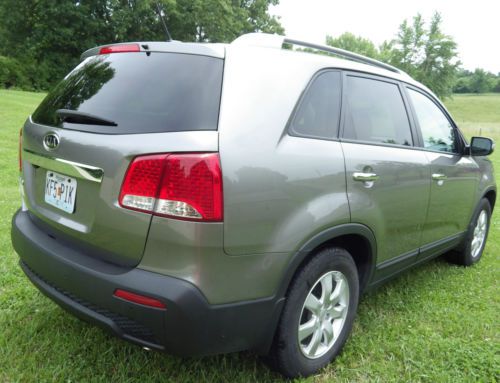 Kia is officially recalling just over 3,100 2014 Cadenza sedans. While that might not seem like a lot of vehicles, the reason for the recall is particularly troubling - the optional 19-inch wheels on these cars are prone to cracking. Doubly troubling? Cold weather tends to make things worse, so if you drove your new Cadenza during this past Winter of Hell, you'll want to get on the horn with your local dealer.
The affected cars, all of which have 19-inch wheels, were built between February 1, 2013 and August 27, 2013. Kia is in the process of notifying owners, and should be completed by the end of the month. Based on the recall documents, it doesn't appear that there have been any injuries or crashes due to the wheel fractures.
Owners will need to report to dealers, where their cars will be fitted with replacement wheels, free of charge. Scroll down for the official bulletin from the National Highway Traffic Safety Administration.

Kia is already solidifying its advertising plans for the 2014 Super Bowl, targeting a 30-second spot for its new, rear-drive K900 sedan during during the biggest football game of the year. The cost for this half-minute of air time? $4 million.
Of course, Kia is no stranger to advertising during the Super Bowl, with the Space Babies and Hot Bot ads of last year and the Mr. Sandman spot in 2012. But the stakes with the K900, which see the Korean brand attempting emulate its corporate cousin/bitter rival Hyundai, by moving into the rear-drive luxury space, are far, far greater. After all, Kia's previous Super Bowl ads were all for models in established segments - the K900 is an entering a realm the brand has never played in before.
The Super Bowl spot will be the first exposure to the K900 for many potential buyers, and considering that the South Korean brand is targeting conquest sales, according to the report from AdAge, it's important that it makes a good showing on such a large stage. As for the theme of the ad, there isn't much speculation from the execs this early in the game, according to AdAge. Looks like we'll be waiting until February to find out.