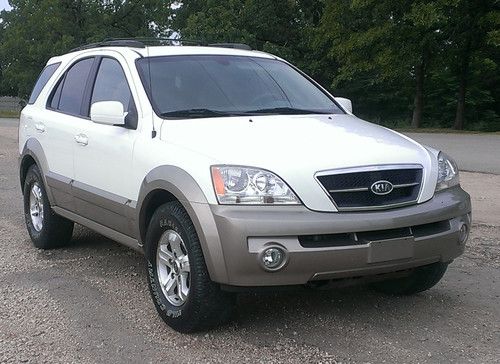 For most new car shoppers, three-row crossovers are little more than a way for the family-minded to avoid succumbing to the minivan stigma. Admit it - the only things that differentiate most larger CUVs from minivans are their lack of sliding side doors and - on most of them - the option of all-wheel drive. Having blossomed into a popular segment with thicker profit margins, though, automakers have plenty of incentive to keep their offerings fresh, and that's exactly why Kia is presenting its 2014 Sorento so soon.
At first glance, the crisply styled utility vehicle seen here appears to be nothing more than a mid-cycle refresh - and not a particularly extensive one, at that. But that's not the case at all. Despite looking very similar to the second-generation vehicle that came on the scene for the 2010 model year, this is an all-new Sorento. Or, more precisely, it's about 80-percent new. Kia says less than 20 percent of the parts have been carried over from the 2013 Sorento, and that's a pretty typical amount for an 'all-new' vehicle generation.
Since we've yet to spend quality time with the "Made in the USA" Sorento for more than a short First Drive in Arizona last February, we snagged the keys to a 2014 model in the all-new SX Limited trim level for a lengthy backroad sojourn from Florida to South Carolina.