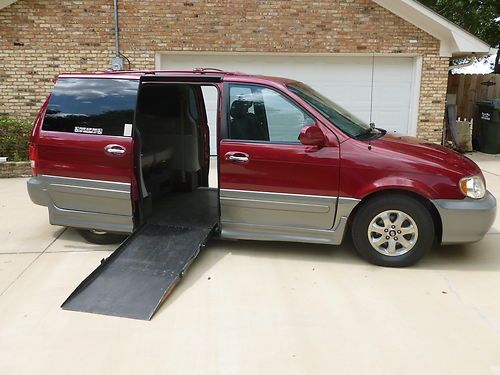 Hyundai's Blue Link and Kia's UVO infotainment systems will be adding three Google features: Send2Car, Point of Interest Search and Local Search by Voice. Send2Car lets travelers send destinations to their vehicle's navigation system from a computer or via a mobile phone app, and the POI and local searches are continuously updated in Google Places' database. The new data service integrations mean that drivers will have more access to more destinations and be able to find them more quickly.
Hyundai hasn't said when the new features will debut nor on what model. Kia buyers will find them introduced on the 2014 Kia Sorento expected to roll into dealerships shortly, with the Forte sedan following. You'll find a press release on the updates below.

Although there has been plenty of news about the Kia K9/Quoris over the past year and a half, we've yet to hear anything from Kia regarding the US fate of its flagship, rear-wheel-drive sedan. That changes today, however, as Kia has confirmed the recent rumor that the car would be renamed K900 for the US market, and that the luxurious sedan would debut next month at the LA Auto Show and go on sale next year.
Along with the announcement, Kia also released its first image of the US-spec K900, and, not surprisingly, this profile shot is identical to what we've seen in images for the Korean-market K9 and globally named Quoris (click above to enlarge). Unlike the closely related Hyundai Equus, the Kia K900 will offer customers the option of V6 or V8 engines, but it will be fitted with just as many luxurious amenities as its Hyundai counterpart.
We'll probably have to wait until closer to the K900's on-sale date for any official word on pricing, but last we heard, it will be priced between $50,000 and $70,000 - a significant step up from the current top-drawer model, the Kia Cadenza. Scroll down for the brief press release, and check back in a few weeks for live coverage of this car's debut.