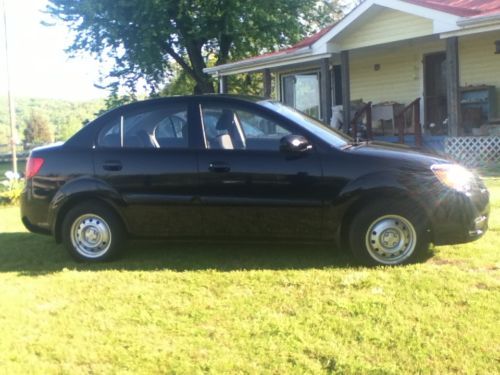 If you were enamored of the GT concept that Kia unveiled at the Frankfurt Motor Show two years ago, we've got good news for you. According to the latest reports, Kia is planning on putting it into production.
The big question at this point is how closely the production model will shadow the four-door coupe concept. The svelte shape will undoubtedly have to make some concessions toward roadworthiness and production feasibility, but just what platform Kia will use to underpin it remains unknown. It could base it off the large, rear-drive K9 or borrow the platform from sister-company Hyundai's Genesis Coupe. Either of those options would enable the production Kia GT to keep the concept's rear-drive orientation, but other routes would make it either front-drive or potentially all-wheel drive.
Word has it also that Kia is planning to reveal a small roadster concept in the mold of the Mazda MX-5 at the upcoming Detroit Auto Show in January. If public feedback is positive enough, that could see production before the end of next year as well.

Kia reveals Niro concept in Frankfurt, by Frankfurt and for Frankfurt

Although the Frankfurt Motor Show may be home turf to a half dozen German automakers, Kia won't have far to go when it wheels its new concept over to the Messe for the exposition in a couple of weeks. That's because the show car you see here was designed less than a kilometer away from the convention center at Kia's European design center.
It's called the Niro, and it's designed to gauge public interest - particularly the European public's - for a potential new B-segment model. Kia's not saying much else about the project, only that it was directed by its chief European designer Gregory Guillaume and that it "combines a mischievous character in a clearly robust and substantial yet stylish bodyshape" and that it incorporates stainless steel and other materials into its shape.
What we can see from the images (which you can view in the gallery above) distributed with the press release (below) is a compact crossover coupe with Kia's trademark grille (part of the neon green accents), a contrasting greenhouse, and butterfly doors to access a molded cockpit with widescreen infotainment display. For more than that, though, we'll have to wait until the concept is revealed in Frankfurt on September 10.