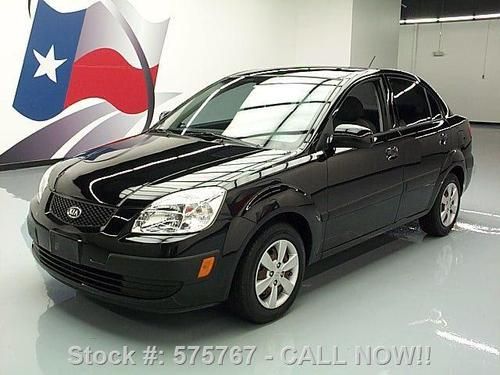 I can't tell you how many times I've been driving with friends or family in a decidedly nice Korean press car, only to have a passenger notice the logo on the steering wheel and exclaim, "Wait... this is a Kia?" For every time I roll my eyes at a story with a lede about how Hyundai "is really gaining momentum these days," I get equally annoyed when people comment on how Kia is finally starting to make decent cars. This is hardly news. The brand has been pumping out really solid stuff for a while now.
But as it turns out, not everyone knows that. According to Ward's Auto, speaking to Kia marketing chief Michael Sprague, the automaker recently placed third-to-last in a recent ALG Brand Perception of Quality study, only besting Suzuki and Smart. Wow.
Ward's notes that Kia recently earned a credible sixth place in J.D. Power & Associates' Initial Quality Study, and yet still fell way behind pretty much every other brand in the ALG study. The Korean automaker's cars have also won numerous awards in recent years, and have generally earned positive reviews from the media, Autoblog included.