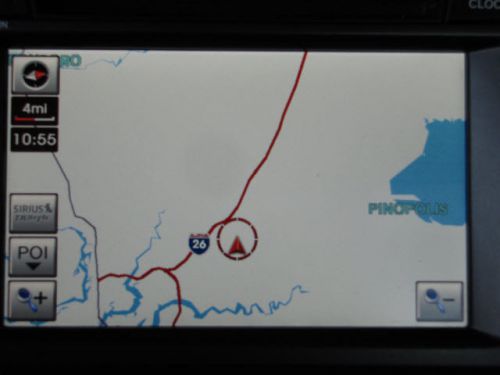 Power To Surprise! Turbo! Confused about which vehicle to buy? Well look no further than this great 2012 Kia Optima. This Optima's engine never skips a beat. It's nice being able to slip that key into the ignition and not having to cross your fingers every time. As you do your comparison shopping, you will see Stokes Kia offer some of the best values in the market. We will provide you a Carfax, Comprehensive Vehicle Inspection, and how we arrived at the price. We may not be the lowest, but if you want to know who is we will show you that too. Call or Stop by Contact Stokes Kia at 888-355-7122 in Charleston, South Carolina. Excludes tax, tag, registration and title and includes $399.50 Administrative Fee. Prices do not include destination charges, dealer add-ons, tax, license, and does include $399.50 Administration Fees. We offer the largest selection of used vehicles in the Carolina's with the best pricing out there. If you don't believe us, give us a call and we will show you.

Kia has been releasing a lot of new models lately, showcasing improvements in both design and luxury, but a pair of introductions at the 2013 Geneva Motor Show could bring the automaker into the performance mindset. The five-door Kia Cee'd and three-door Pro_cee'd will be getting new GT trim levels that bring a little more horsepower and sportier styling to the compact hatchbacks.
For added power, the 1.6-liter direct-injected inline-four packs a new turbocharger that bumps engine output to 201 horsepower and 195 pound-feet of torque (an increase of 68 hp and 74 lb-ft), which is good enough to quicken the cars' 0-60 times to under eight seconds flat. Unfortunately, it doesn't appear that there are any suspension upgrades, but the cars do get a dual exhaust system and 18-inch alloy wheels. Red brake calipers and a unique front fascia finish off the exterior styling, while Recaro buckets and a "GT" embroidered steering wheel can be found inside.
Both the Cee'd GT and Pro_cee'd GT will be on sale by the end of this year, and although we don't expect to see these cars in the US, adding a GT model to the Rio or Forte doesn't seem like it wouldn't be that hard.

Kia Sorento is the official ride of the Justice League

Toyota showed us a Spongebob Squarepants-themed Toyota Highlander last week. Kia has now revealed a Justice League themed Sorento. Can we just have normal, competent crossovers without all the animation frosting, please?
To be fair, this Sorento is for a good cause. It will be part of a charity auction on eBay, benefitting DC Entertainment's We Can Be Heroes campaign, which raises money for the famine-ridden Horn of Africa, a region that's facing its worst food crisis in six decades. DCE's President, Diane Nelson, claims DC has managed to raise over $285,000 through crowd-funding campaigns and unique opportunities for its fans. The Justice League Sorento is just the latest such fund-raising opportunity, with the automaker having already commissioned a number of similar themed vehicles for individual members of the Justice League.
The seven-passenger Sorento was designed by Jim Lee and created by West Coast Customs. It sports graphics that, relative to the Spongebob Highlander, are downright subtle. Batman, Green Lantern and Wonder Woman are depicted on the driver's side, while Superman, the Flash, Aquaman and Cyborg are on the passenger side. The Justice League logo is emblazoned on the Sorento's hood.