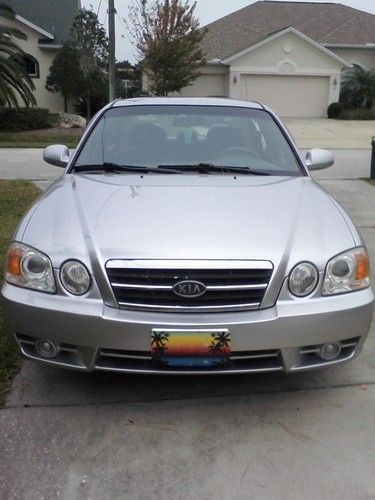 Up for auction is a 2004 KIA Optima LX. 61,300 miles. Excellent condition, properly maintained.

All maintenance was done at Family KIA St. Augustine, FL.

Kia is out to answer life's big questions in its ad for the upcoming Super Bowl. Questions like: Where do babies come from? The spot follows one father as he spins a tale to shield his young son from the world of adult truths. The story starts on planet Babylandia, where infants of every species live in peaceful coexistence until they're called to Earth. When that happens, the adorable little beings suit up and take a nine-month journey through space to their new home before parachuting from the heavens. Sure beats that tired old stork yarn.
Oh, and we forgot to mention there's a 2014 Kia Sorento in the spot as well. You can check out the whole shindig below for a quick chuckle. Expect to see the spot air during the fourth quarter of the Super Bowl, and keep your eyes peeled for the new Forte spot. We hear tell that ad features Alyssa Campanella in a robot get up. No, we don't get it either.