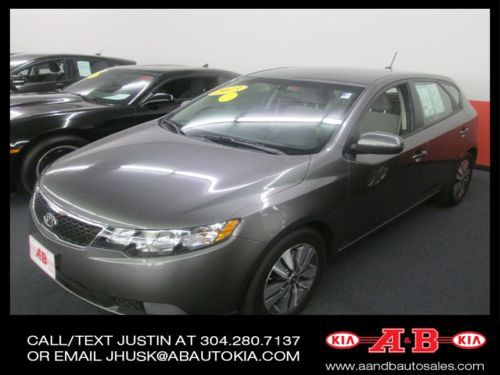 It's not uncommon to see an automaker go a little outside of its comfort zone when creating a concept car, but Kia seems to be going all out for a new small concept it plans to unveil at the Frankfurt Motor Show. Although there is not much information to go on about this unnamed concept, Kia does say that it "hints at a possible future B-segment contender."
With headlights that would look at home on a C7 Corvette or Jaguar F-Type and door cut lines reminiscent of a Ford GT, we can only imagine how sporty this car will look in the flesh. The wide door openings also give a good glimpse inside the car revealing details deep, flat-bottomed steering wheel with paddle shifters and the peculiar rotary-style shifter, but our attention is on the instrument panel switches. If you look closely, the second switch from the left seems to be for a center differential possibly hinting at a future sporty all-wheel-drive Kia. Yes, please! Scroll down for the brief press release on the car, and stay tuned for more info as we'll be on hand covering the show next month.

We've seen the spy shots (twice) and we've seen the teaser images, but now Kia has finally revealed the finished form of its upcoming new Sorento crossover.
Taking some styling cues from the Kia Cross GT concept from the 2013 Chicago Auto Show, but with better proportions, the new Sorento packs a more pronounced grille in an altogether more aggressive (though not necessarily better-looking) front end than the model it replaces. Sheet metal is more sculpted all around, and despite the wrap-around taillights, the rear end looks familiar.
The new Sorento stretches 3.7-inches longer overall, on a 3-inch longer wheelbase, but sits half an inch lower, promising more interior space and of course updated equipment and features. The Eco Dynamics badge on the tailgate suggests the availability of green tech like stop/start ignition and such. Kia will reveal the new Sorento in Korea later this month ahead of its debut at the Paris Motor Show in October.