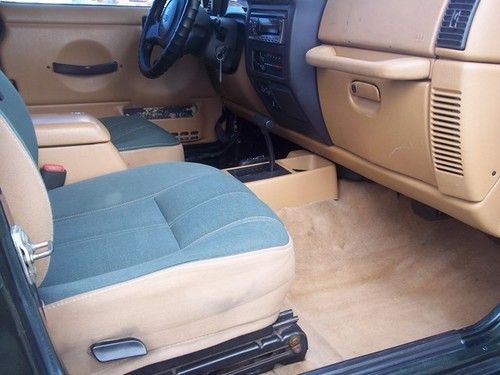 This is a perfect example of a well taken care of reliable Jeep with excellent miles! This 1997 Jeep Wrangler Sahara is one of the most reliable and popular vehicles on the road and with a little over 135,000 miles there is still plenty of life left!

This one boasts the powerful 4.0L V6 Engine that will be sure to give you an excellent return on your investment!

With most used vehicles there will be typical wear and tear blemishes throughout the vehicle.
Aside from some minor sun fade on the fender flares this Jeep has none to mention and is in excellent condition.
There are no signs of a previous smoker and all of the gauges work properly! The engine and 4x4 are in great condition!