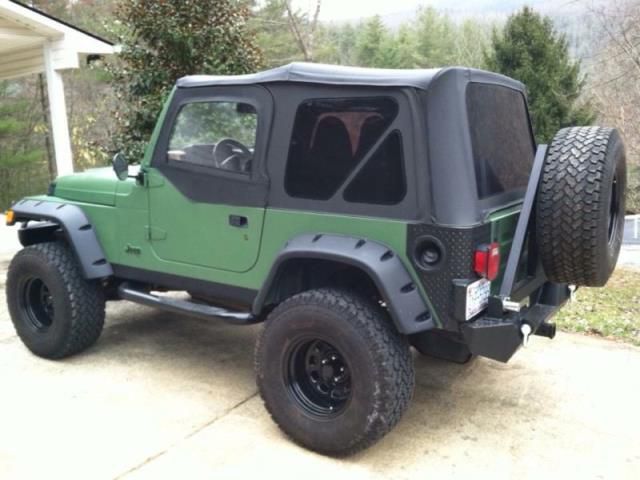 lifted 1997 TJ: 33x12.5 General Grabber AT2 tires (~10k miles, great condition) on 15x10 black steel wheels; front and rear heavy duty bumpers; 7 fender flares; interior has been finished with truck bed liner on floor (solid, no rust); Smittybilt black vinyl top is 2 years old; no rear seat; actually gets decent gas mileage (~18 mpg on average); runs great and could be used as a daily driver; last tune-up 2014; only mechanical issue is a squeak in winter months in right front wheel (only happens when accelerating from a stop and lasts only a few seconds) and haven'tbeen able to pinpoint source