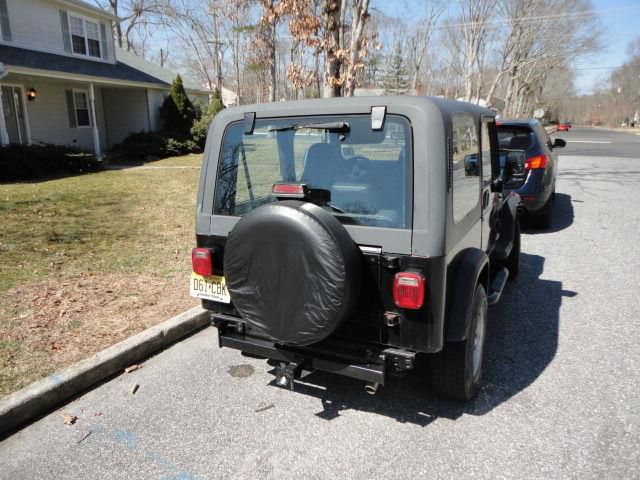 Black 1995 Jeep Wrangler in very good condition with a rebuilt automatic transmission. The vehicle was recently fitted with brand new leather seating for the front and rear seats. Jeep has a hard top and a brand new bikini top. Alloy wheels, towing package, and running boards.