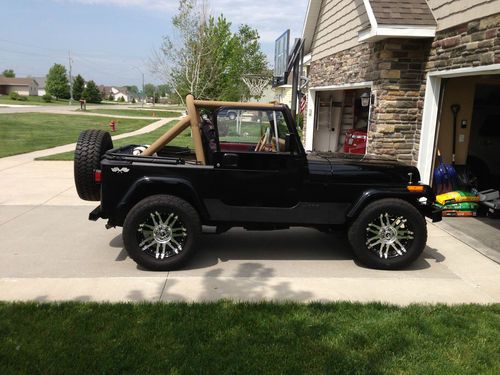 Great 1988 Jeep Wrangler.  Had the engine, clutch, and transmission went through last summer.  All mechanicals are in working order.  Engine burns no oil and transmission is tight and shifts perfect.  Newer 285/60R18 tires and new Mamba wheels.

New soft top and shocks.
Some bubble rust on passenger door and rear corner.  Not bad for a 1987 Wrangler.  Floor pan is rock solid along with the frame and rest of jeep.