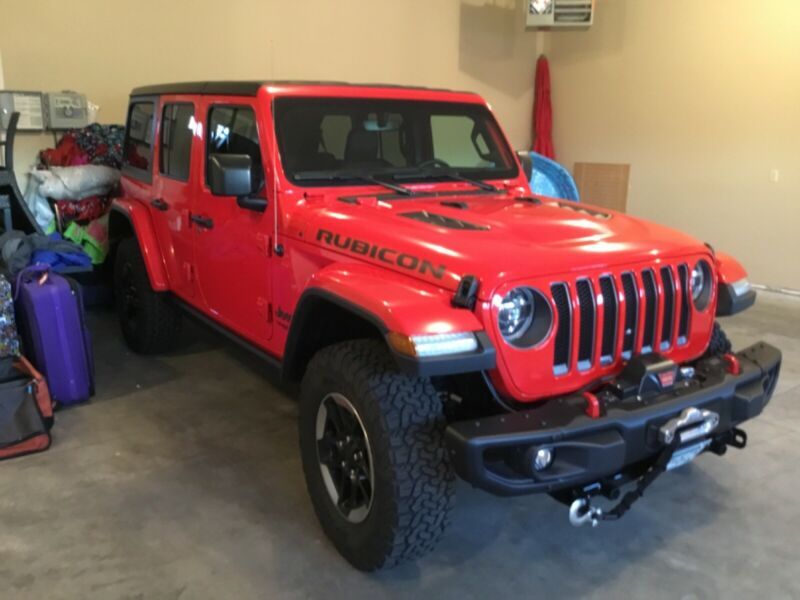 2018 Jeep Wrangler Rubicon. 8900 miles 10,000 lbs warn winch all set up to tow behind a motorhome blue ox bar with
factory wiring kit we only pulled it 500 miles