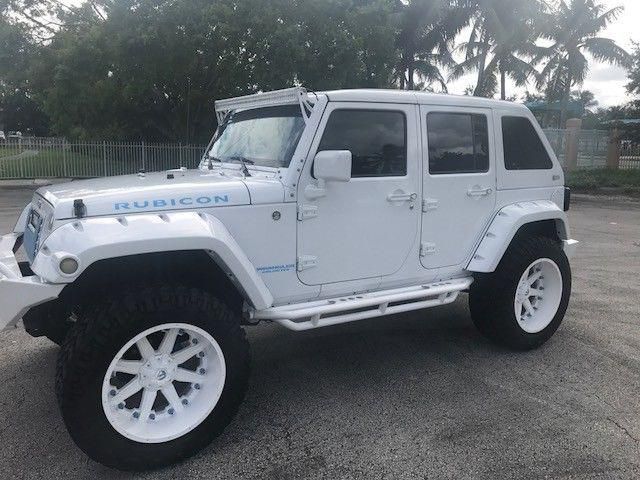 No call please. e-Mail : elden_flower@aol.com Offered for sale this one of a kind Jeep JK Wrangler Rubicon Custom. Featuresinclude a 4 inch Pro Comp lift kit with Fuel 22x12 inch wheels with Nitto37x13.50 Trail Grapplers, Rampage front and rear recovery bumpers with an XRC9500lb winch on the front. The DV8 Slant Back hardtop has been painted to matchand has a removable sun top forward section. The side steps are XRC 3 bar stylepowder coated to match. The head lights are Oracle LED projectors and theblacked out taillights are also LED as well as an underbody lighting system.There are also 2 LED light bars on the front bumper and grill and a 50 inch LEDbar over the wind shield. The tail gate features a Poison Spyder spare tiredelete plate. The interior has custom seating throughout with custom paintedfeatures on the dash and doors. The Kenwood 7 inch Navagation touch screenpaired to 2 JL amps and subwoofer system with a rear view camera.