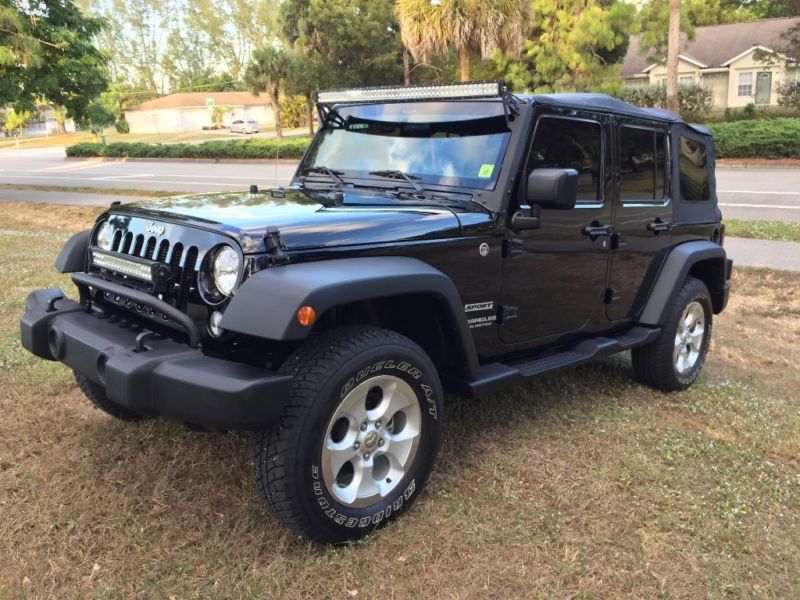 Hello, I am selling my 2014 Jeep Wrangler Sport Unlimited 4x4. It's Black on Black, NO ACCIDENTS. It has 2016
Sahara wheels and tires. It only has 4,885 miles. Also, it comes with an extended 6-year warranty that will be
transferred to the next owner. I bought this Jeep to hang out and go camping with my friends. We got together a few
times but some of them sold their Jeeps and others, like me, just don't have time. Honestly, I have another vehicle
that I use more often. I love this Jeep but I'm deciding to let it go to someone who will enjoy it.