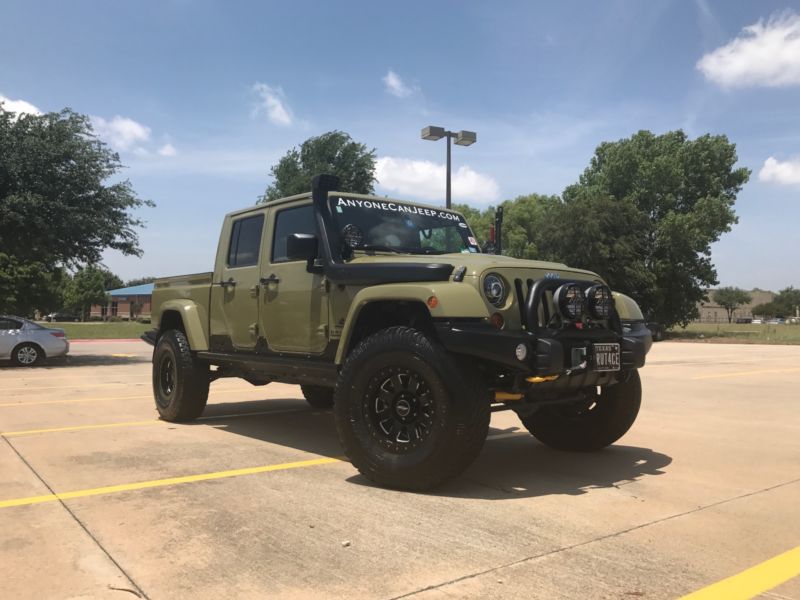 Up for sale is a one of a kind AEV Conversions Brute Double Cab. This Jeep started as a 2013 Jeep Wrangler
Unlimited Rubicon. Full Double Cab conversion. Has the standard Rubicon Equipment: Front and rear electronic
locking differentials, electronic sway bar disconnect, front and rear 44 axles.