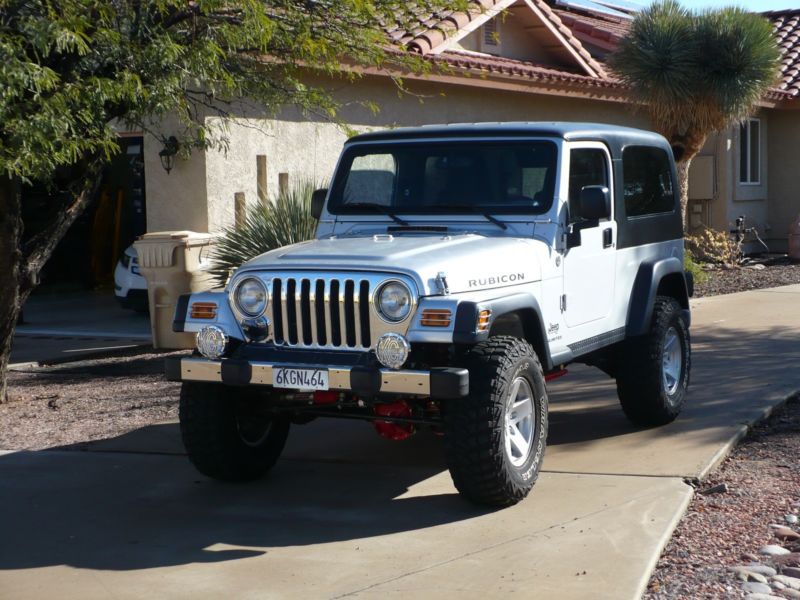 For more details email me at: shamikabuchholz@netzero.net .

This is a very clean Jeep that I believe has never been off road.
It drives so much smoother than the short wheel base Jeeps.
It has the Rancho Suspension with large coil springs, adjustable gas shocks and large tires. It has been
lifted 4 inches. It has an Optimus battery and a full size spare tire. The previous owner put some of the Rubicon
Trim on it, but it came out of the factory as a LJ Wrangler and still has the Wrangler axles. This is a very clean
and well taken care of Jeep. Mechanically perfect in every way. Since I drove it out here from California I have
driven it about 100 miles. Someone who will use it needs to own it.