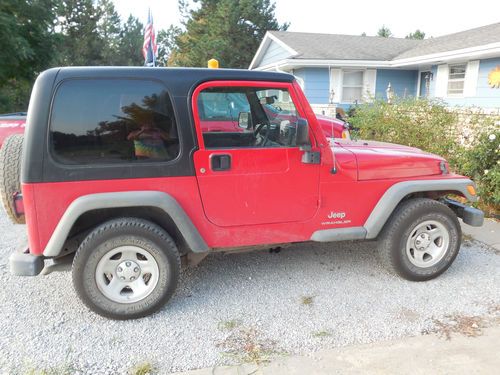 Condition: UsedA vehicle is considered used if it has been registered and issued a title. Used vehicles have had at least one previous owner. The condition of the exterior, interior and engine can vary depending on the vehicle's history. See the seller's listing for full details and description of any imperfections.Seller Notes:"Right Hand Drive Jeep, set up for mail delivery. Have interior seats if you want to re install them. In Good condition. Runs Great. Has new tires."

2005 RHD Jeep Wrangler, in good condition, runs great. Set up for mail delivery. A few scratches on driver door and one scratch on hood. Has new tires bought this year. Buyer responsible for pick up or delivery.