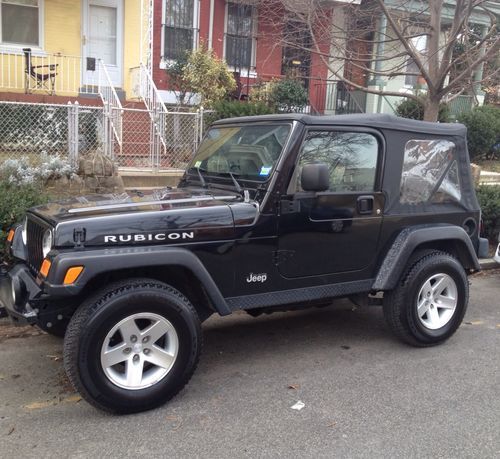 2003 Wrangler with very low miles. I have owned it for 2 years. I bought it used from a dealership in VA back in 2011. It has literally been used for weekends and until just recently has been kept in covered, climate controlled parking.

Part of why I want to sell her. We moved & it breaks my heart to park her on the curb.

Comes with a custom bumper and is equipped for towing with a female receiver hitch. It also comes with an equipment rack that mounts directly to the hitch. 200lbs carrying capacity.

4 Michelin LTX AT2 tires about a year old. They really smooth out the ride without giving up on looks or tread.

It has the 3/4 doors with roll down glass windows.