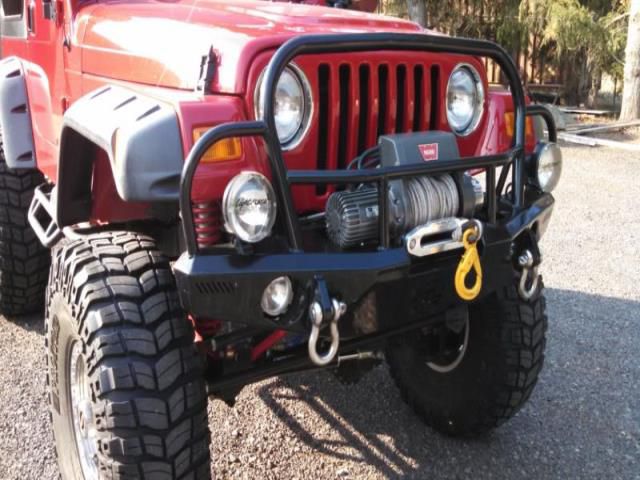 2002 Jeep Wrangler this wrangler was bought brand new in 2002 and completely rebuilt with all after market parts Wrangler today has only 2300 miles YES ONLY 2300 MILES 383 Chevrolet small block with aluminum heads and holey injection , Hughes turbo 400 ,Atlas twin stick transfer case ,Dynatrack pro 60s in the front and rear ,ARB air lockers front and rear , sky jacker suspension , Beadlocks and pro comp tires 37 x12.50 x15 ,spare tire and hi lift jack, Warn winches front and rear with custom bumpers , The best rope you can put on the winches no cable ,Best top targa top so you can take out the front of the top and have a targa top , all after market seats carpet glove box center consel rear storage under rear seat that slides out ,all after market stereo with sub and amp ,alarm system ,Air condition ,Ranger cb 40 channel with side bad upper and lower ,After market seats ,All auto meter gauges carbon fiber ,Rear shocks with remote resevior, Coil overs in the front ,Wrangler has always been inside and only used in the snow List goes on and on .