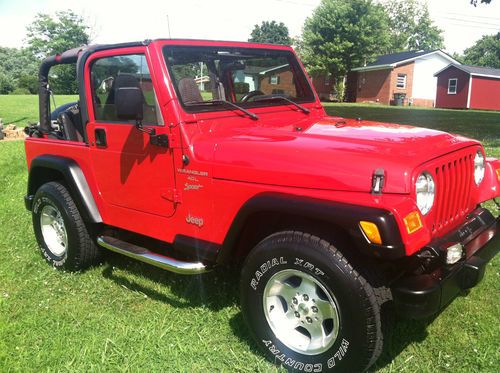 You are bidding on my 2000 Jeep Wrangler.  This Jeep is in good shape and has almost brand new tires.  Drives and rides great.    Includes soft top and brand new bikini top with window mount bar.