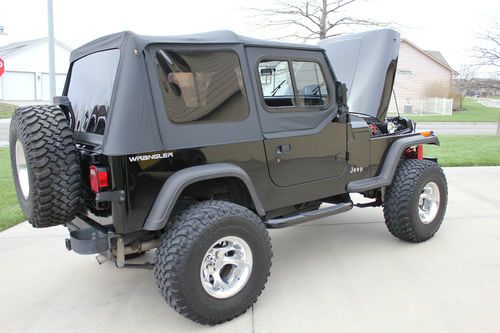 This is a very clean 1995 Jeep Wrangler with a professionally installed LT-1 V8 and 700R4.  The jeep has its original paint and only has 63K miles. NO RUST!

Neoprene Seat covers (front and back)

Extra set of half doors

Thank you for looking, please contact through the system if you would like any further information, I will try and answer your questions.

I will work with you as far as delivery goes, Jeep drives anywhere, Tulsa to Wichita 17 MPG.