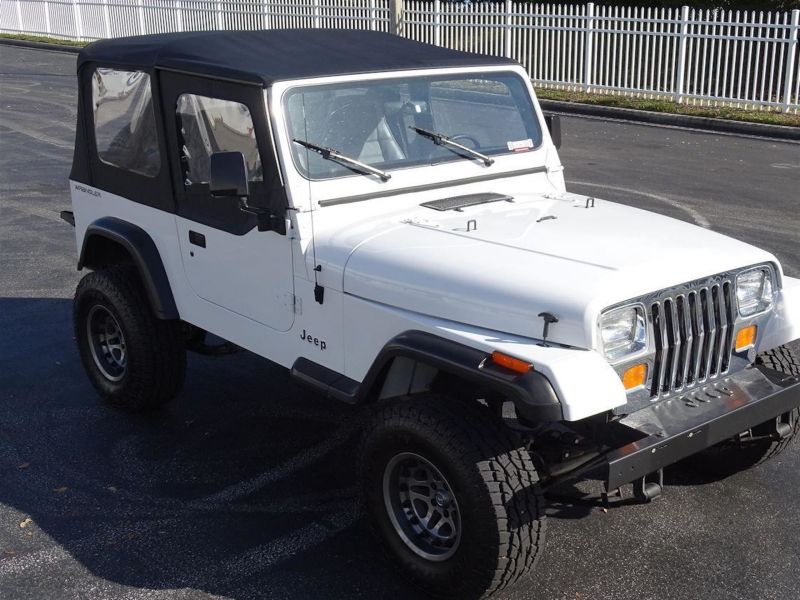 EMAIL : magati631@gmail.com This Jeep, with Factory AC is a 2 Owner Jeep that started life in Southern California and is in Rust-free original condition including original paint and interior. You can tell this Jeep has always been garage kept and well maintained. It has never been used off-road. Powered by a 2.5-liter 4-cylinder engine mated to a 5-speed manual transmission this Jeep will take you anywhere you want to go. Modifications to this Jeep include a Rubicon Express 2.5-inch lift kit that was professionally installed, 5 Hutchinson Rock Monster Wheels, All original suspension, Tuffy Lock Center Console, Brand new Bestop Soft top, Blaupunkt CD AM FM with MP 3 and factory sound bar. Rolling down the road with top down and doors off is the only way to ride in this ultra-cool Jeep. Options on this 1991 Jeep Wrangler YJ 4X4 include; AC, AM/FM Radio with CD Player, Power Steering, Power Brakes, Seat Belts, Vinyl Interior, Manual Convertible Soft Top, Radial Tires, and Custom Aluminum/Alloy Wheels. Owning a Jeep Wrangler is a must, nothing beats driving with the top down in a Jeep. You could be in the city or on a country road in the middle of nowhere, it’s all fun in the sun.