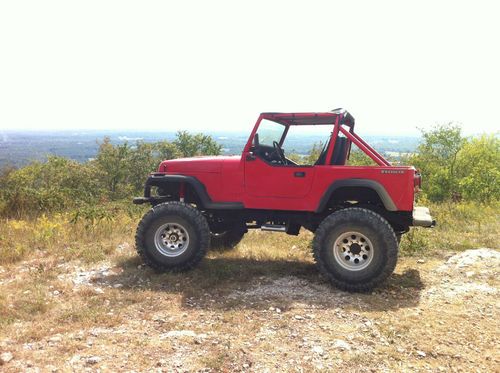 Condition: UsedA vehicle is considered used if it has been registered and issued a title. Used vehicles have had at least one previous owner. The condition of the exterior, interior and engine can vary depending on the vehicle's history. See the seller's listing for full details and description of any imperfections.Seller Notes:"1989 Jeep Wrangler YJ body...has chevy 350 engine...38 pro bogger tires...dana 44 front and dana 70 rear...4 speed manual transmission... 4 wheel disk breaks...lots of power. has few bumps on body but nothing major...will send more pics if wanted...make an offer.."