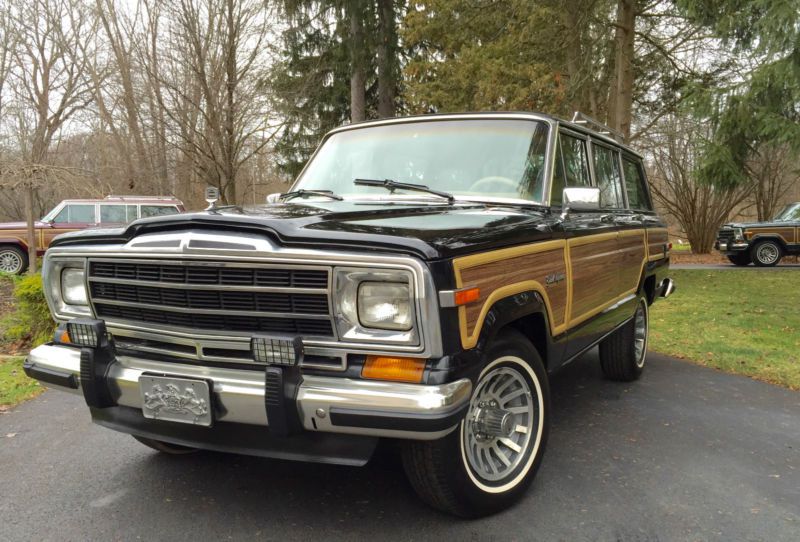 I am always available by mail at: jenner82@zoho.com .

That beautiful paint appears recently redone and looks fantastic against the wood trim. There are some light usage marks on the original wood decals but most would still rate her in the very good to excellent driver quality. The chrome and bright work, along with the aluminum wheels appear original and while not new condition, still reflective of the low total miles on this example. The traditional whitewall tires were just fitted last year.

The tan interior further confirms the very low usage over all the years. The seats themselves are in very good condition with just light wear evident. Tan interiors are generally more sought after on these Jeeps than the burgundy alternative but burgundy generally holds up better over time. To have a tan interior like this one, looking so strong, is very uncommon. The carpeting shows some age in the cargo area and around the driver's and passengers front floor mats but most everyone would look right past it. The total package is that special.