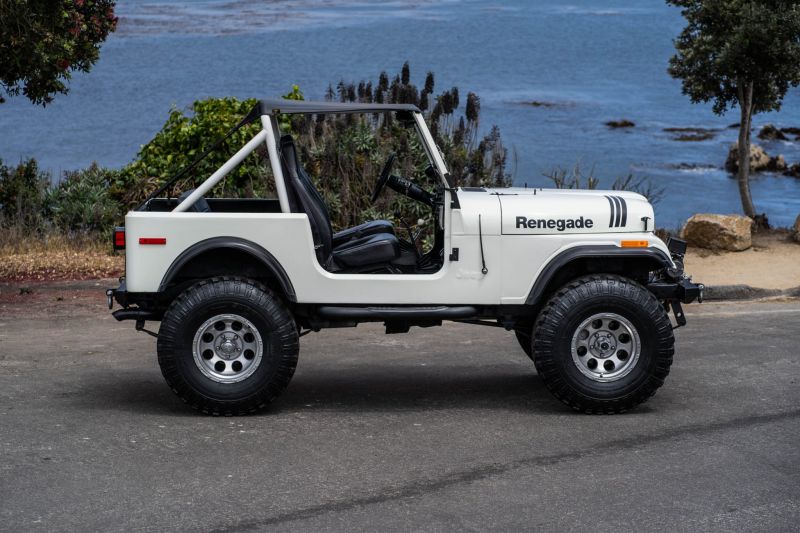 For further questions email me : alfarorafa77@gmail.com This special 1980 Jeep CJ-7 Renegade is powered by a 5.3-liter GM V8 paired with a three-speed automatic transmission and a dual-range transfer case, and it is finished in white with a black bikini top. Other modifications include a 6" suspension lift, powder-coated bumpers, step rails, a Warn winch, 36" tires, high-back front seats, a Kenwood audio system, Bosch gauges, and a Grant GT steering wheel