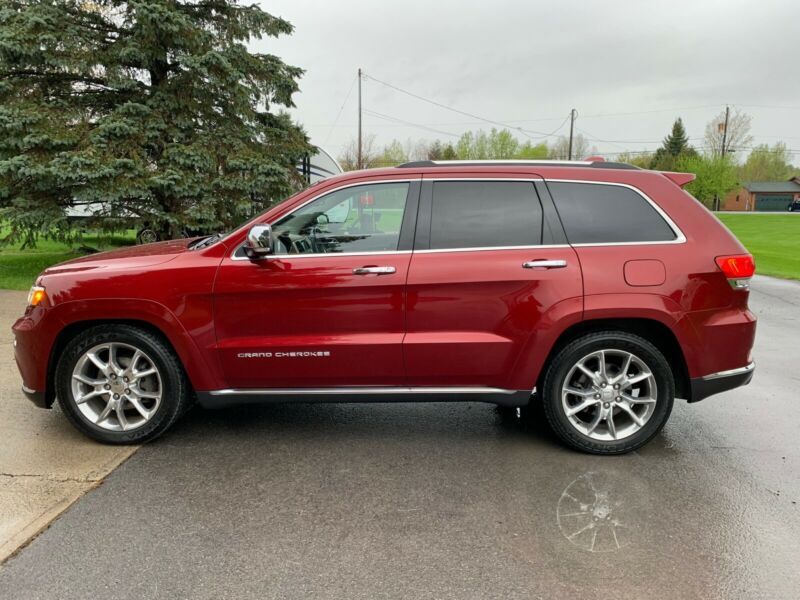 A 2015 Jeep Grand Cherokee Summit V6 AWD that is very clean in excellent condition with no smoking in it. This is a
Summit so it is fully load with all the features like adaptive cruise control, panoramic sunroof, heated steering
wheel, heated and cooled seat in the front and heated rear seats that have recline. This burgundy red metallic is a
beautiful color but combined with the rare medium brown interior. The vehicle is in excellent shape. The only items
that do not make it immaculate is a small stone chip on the hood, a rip in the trailer hitch cover, a chip in the
front windshield, and the driver seat have minimal wear. It is a great vehicle with the front brakes replaced
recently.