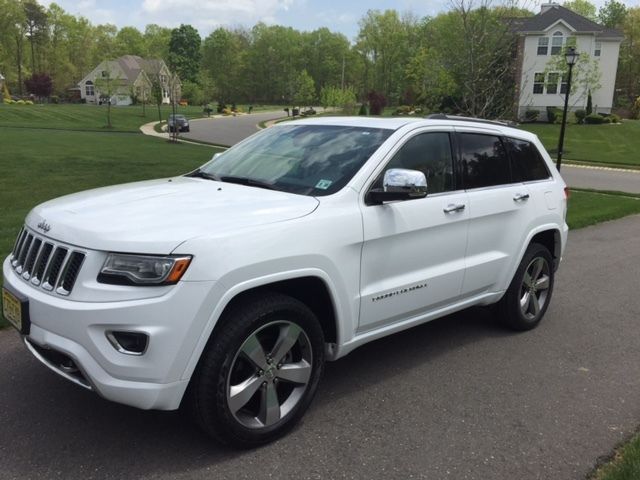 2014 Jeep Grand Cherokee Overland - 38,900 miles. In awesome condition. Panoramic roof, heated and air cooled
seating. Lease is expiring and we already purchased another vehicle. All manuals, both sets of keys included. Service regularly.
This was my wife's vehicle. Clean carfax!! No accidents. I should have the title
in my possesion in the following week. I've already received an offer of 26,800 from a dealer. Thanks for your time
and interest, Pete
Minor flaws with vehicle:
1. Driver's side seat showing some wear. This is common with this model. (Please see picture - new seat cover is
250. Repair estimate was 150). This may even be replaced by Jeep for free.
2. Curb scratch on one wheel. Barely noticeable (included in pictures above)