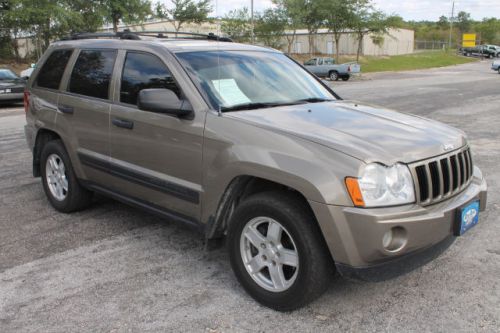 Simply elegant.From its stylish leather interior, to its power sunroof, this Cherokee exudes excitement and elegance. Whether you're four wheeling it over rough terrain or driving to dinner you can be sure this one can do it all! Citrus Auto Center is your Best Choice for "Pre-Owned" Trucks and Cars. We are a "Family Owned & Operated" business with the owner in the store, and we're located in Lecanto on the beautiful "Sun-Coast of Central Florida". All vehicles are hand-picked & driven by the owner before being offered for sale. Best of all we price competitively and love to trade Cars, Trucks, & Motorcycles.