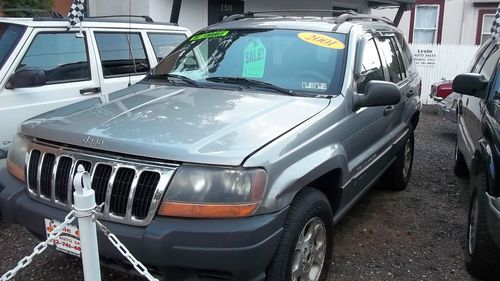 This is a 2001 Jeep Grand Cherokee Laredo. We recently put a newer motor inside this Jeep. The newer motor has 90k miles. We also fixed the brakes and put in new drivers window regulator and motor. The truck runs and drives. For the Price you cant beat it. This is a NO RESERVE AUCTION and vehicle will be sold to highest bidder.