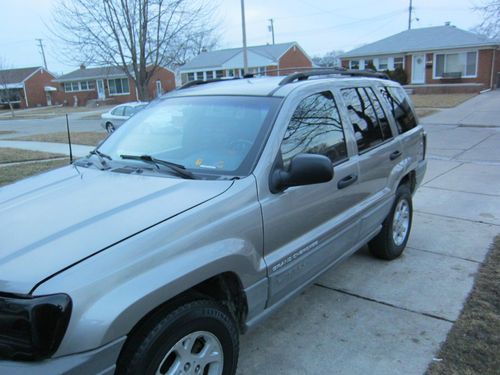 This is a great running Jeep.  I'm only selling it because it seats 5 and we just added our 6th addition to our Family.  It has been bumped on the rear passenger door (replaced) and the rear bumper and front bumper but nothing major.  Everything is pictured below.  You can't tell the rear door was hit from the outside but when you open the door you can see where the floor is bent.  Doesn't affect the operation of the door.  The door is slightly darker than the rest as you can see in the pictures.  Straight 6, 4.0L engine (I've seen these engines consistently last over 300K miles.)