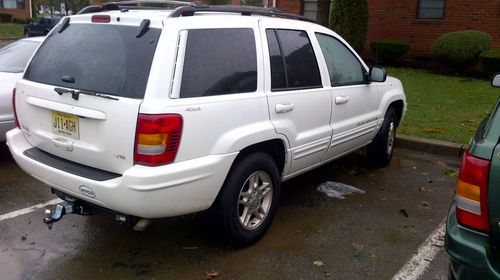 For sale is this 1999 Grand Cherokee. This vehicle was water damaged in 2012 hurricane  sandy. Vehicle was functioning until the damage. Car is being sold as is with no implied warrantee. CAR IS NOT RUNNING