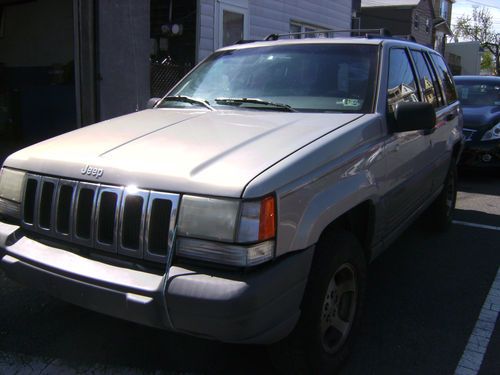 Going up for auction is a 1997 grand cherokee larado with  a 5.2 liter engine.The truck starts and  runs very good with no check engine light The oil pressure and engine temp are both in the normal range.  Also the trans was rebuilt less than 6,000 miles ago.As you can see in the pictures it is in good condition.The truck has normal wear  will some dents as you can see in the pictures