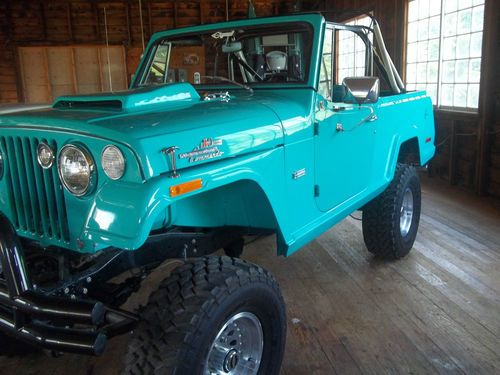 1971 Hurst Equipped Jeepster Comando, This Jeepster is loaded with all the goodies such as, Dana 44 front and rear, power steering, power brakes, front disc brakes, awesome sound system, new wheels and tires, white soft top, un none millage, no rust, no chip, paint is 8 out 10.  Everything works in this Jeepster it needs nothing but to be driven.  This Jeepster Comando has personal plates which say "COMANDO".  People has asked me if I would sell them these plates.  Call, or email. 253 266-004four.  Asking $18,000.00 OBO.