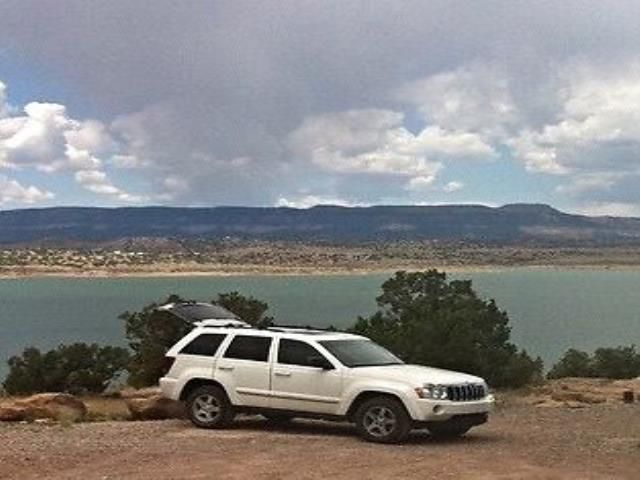 Fully loaded and well taken care of Jeep Grand Cherokee with a 5.7L HEMI engine. Auto everything from adjustable pedals to climate controls and auto dim mirrors. Aftermarket tints and Sony head unit will keep you comfortable in your heated seats while your 4 wheel low is ready to roll with the Duratrac tires that will get you through just about anything. This vehicle was meticulously cared for and many parts have been replaced at the moment any issues presented. Complete system flush, new filters (including transmission and k&n lifetime oil filter), starter and new rotors, etc. If you are looking for a capable on the road or off-road vehicle, this 5.7 liter HEMI Jeep Grand Cherokee Limited has had routine maintenance and looks almost mint on the inside. If you want the peace of mind in getting anywhere or towing anything, this monster will do it safely. Any questions please ask!