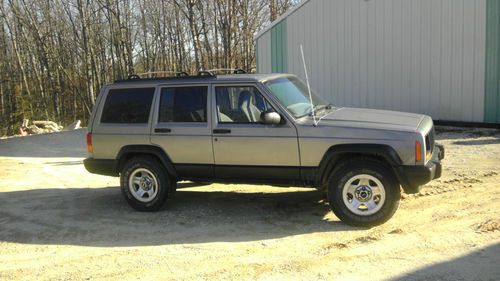 Condition: Used: A vehicle is considered used if it has been registered and issued a title. Used vehicles have had at least one previous owner. The condition of the exterior, interior and engine can vary depending on the vehicle's history. See the seller's listing for full details and description of any imperfections. ...
2001 rhd jeep Cherokee 4x4 with 155k
clean title in hand
I put new u joint on it and track bar
runs good shifts great
clean body does have dents
paint is good
drove it 800 miles with no trouble
this was a back up rhd  jeep for my wife
ac needs charge, needs window switch
great tires
Bought it this way and not need a back up anymore, like to get my money back, thanks and good luck bidding
call 314-494-6763 if any questions