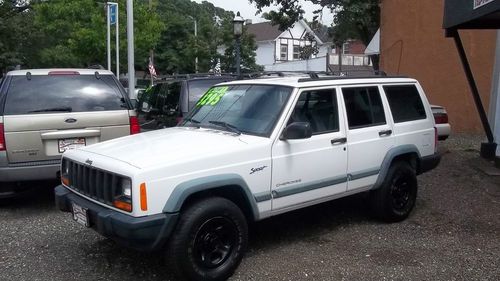 Condition: UsedA vehicle is considered used if it has been registered and issued a title. Used vehicles have had at least one previous owner. The condition of the exterior, interior and engine can vary depending on the vehicle's history. See the seller's listing for full details and description of any imperfections.Seller Notes:"Truck Runs"

This is a 1998 Jeep Cherokee Sport. This truck is actually in good shape. The air works and the windows all work. The power locks work and radio. The only problem is the idle is a little bit rough. This is a NO RESERVE AUCTION and vehicle will be sold to highest bidder. All NJ residents are subject to 6% sales tax on vehicle.