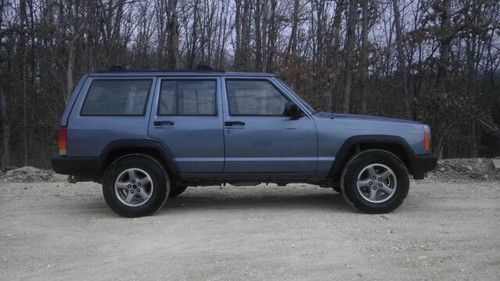 This Is a 1997 rhd cherokee  has power windows and lock they work cruise works the ac need charge. I put new tire on it when we bought it there are still good and put need shocks and struts and brakes and wheel hubs been good to us. You can drive this anywere bought it will a prior salvage title don't see anything wrong with the repairs, there a few scraches on the right door from mail boxes but not bad .