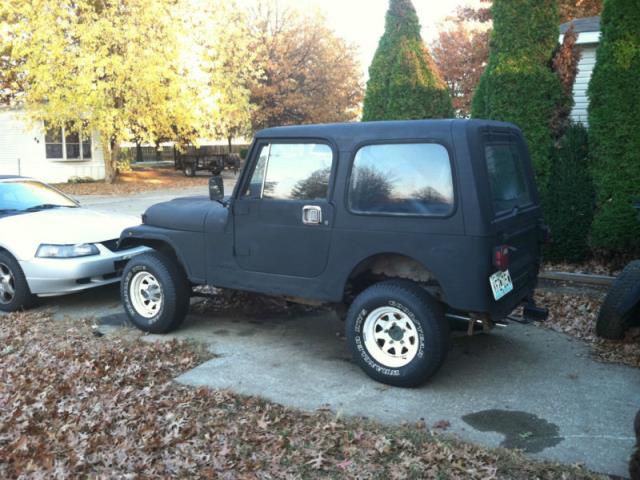 THIS IS A GREAT STARTER PROJECT, A LOT HAS BEEN DONE AND HAVE NEW PARTS WAITING TO BE INSTALLED. IT HAS A CHEVY 2.8 V6 WITH A T5 5 SPEED TRANSMISSION. REBUILT 5.0 AMC 304 V8 THAT GOES WITH THE CJ7.