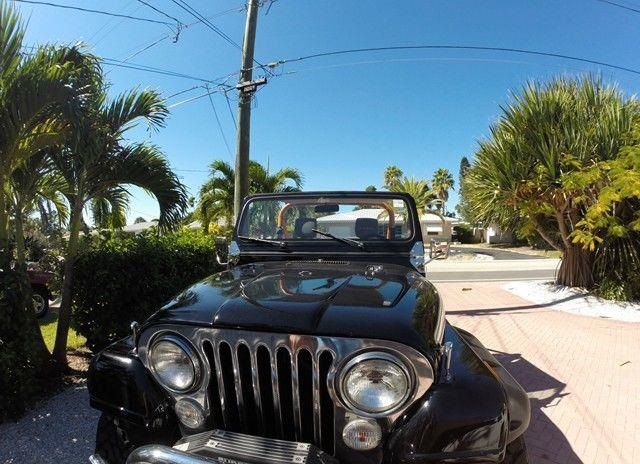 2003 Chevy 350 short block and an automatic 4 speed slap stick transmission which makes a world of a difference on the highway and motor has way more power than the stock versions which are very slow in my opinion . of course it's 4x4. It was fully restored professionally so it has new alot of new suspension parts, has strong wrench in the front. This has been a perfect beach jeep. i am not the type to go mudding. black paint looks perfect with a high gloss. comes with hard top bikini top and doors. Everything inside the jeep was made to be water proof. rides on 38 inch almost new tires. odometer reads about 797 miles on it but the motor has about 3,000 miles on it. new battery. It has Always been kept in garage. I live in Florida so no salt or snow for that matter. really good audio system CD player and aux plug in. heated and vent. dual exhaust. all around a beautifully kept jeep.