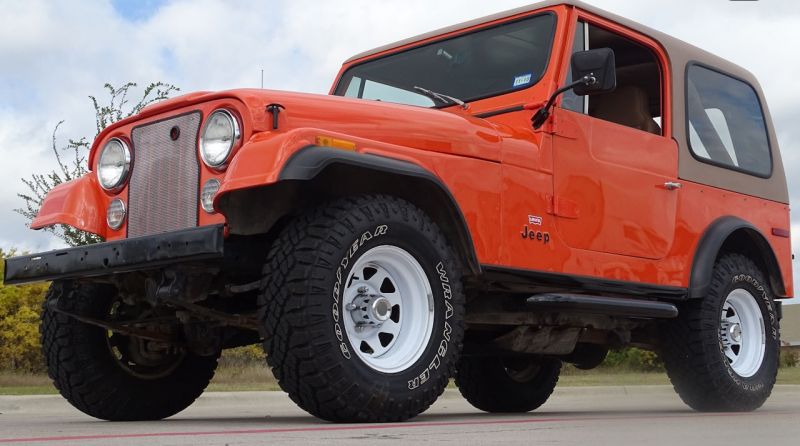 Absolutely beautiful, fully restored Jeep CJ7. This jeep was a barn find and fully restored 19 years ago by Collins Bros Jeep. It was then purchased by the second owner and stored for most of that time. In 2018 the current owner decided to have Collins Bros in Dallas Texas to go through the Jeep again adding new tires (less than 1,000 miles), battery, carburetor, choke, rear brakes and all seals and gaskets. It is powered by an AMC 304 cu. in. V8 paired with an automatic 3 speed transmission. This Jeep also has the quadra-trac all wheel drive system with a Dana 30 front axel and 2-piece AMC Narrow track offset differential rear. 2 sets of front seats come with this jeep as the owners had custom high back seats with shoulder harness� made and installed but also still have the original Levi�s edition low back seats. It also features metal doors and a hard top.