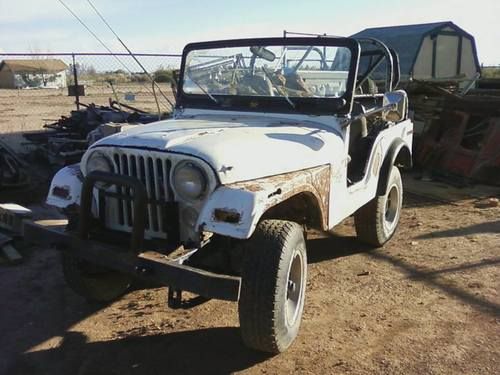 1963 Jeep CJ for sale.
It has a good solid frame and running gears. The engine is
a 6 cylinder that has been rebuilt and has good compression.
The body has a couple bondo patches and a cracked windshield.
It does not have a title or VIN number associated with it so I
am selling it for parts only.