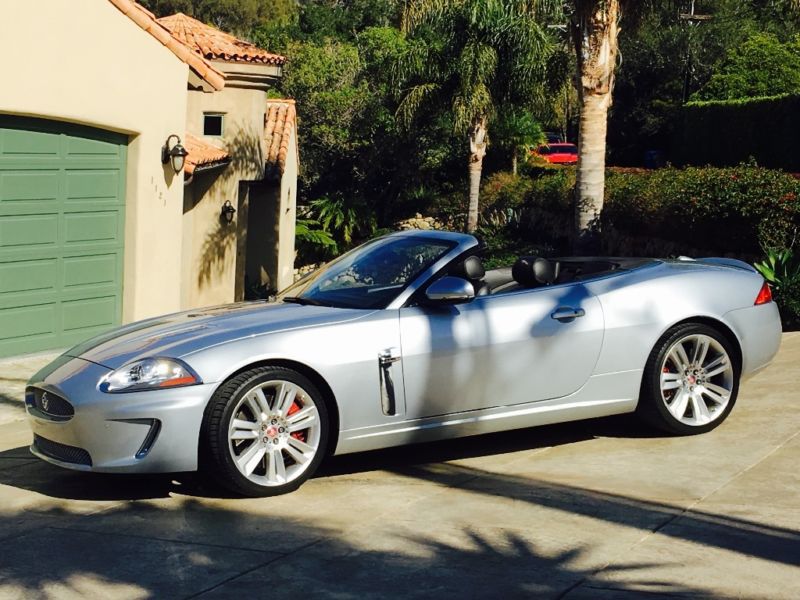 Send me an email at: erikeddecoste@veggies.org .

600hp ....This a special highly detailed and carefully and professionally recreated to supercar performance and very sexy james bond attraction.. wherever you go. silver and black... upgrades from a factory 510hp engine to over 600hp by ETG tuning in beverly hills area. FLawless reliabilty and performance.. also ceramic brakes and slotted rotors... custom created high flow exaust .. ferrari sound alike. The louvers on hood replaced with polished 300$ stainless inserts. and many chrome add ons at both front and back as well as wheels custom painted..... new front tires and all michelins sports. ... all else power features

The Jaguar Project 7 Concept debuted at the Goodwood Festival of Speed just last month. But unlike most concepts, which serve only to collect fingerprints on a stage, the track-ready one-seater spent its days barreling past the hillclimb crowds with Mike Cross, chief engineer of vehicle integrity at Jaguar, beaming behind its right-hand-drive steering wheel. What's more, the powers that be at Jaguar even let yours truly drive the Project 7 during the Concurs d'Elegance festivities at Pebble Beach last week.
Built on an all-aluminum V8 F-Type chassis with modified suspension, the Project 7 (a name acknowledging Jaguar's seven Le Mans wins between 1951-1990) is best thought of as an F-Type masquerading as a D-Type. The two-door is fitted with a supercharged 5.0-liter V8 good for 550 horsepower (no pictures as Jaguar wouldn't allow us to open the hood). An eight-speed automatic, with a torque converter, sends the power the rear wheels, allowing the single-seat roadster to crack the 60-mph benchmark in just over four seconds.
Modifications to the bodywork include a new lowered windshield, carbon-fiber aerodynamics and a rear fairing with integrated rollover hoop. The driving position has also been lowered by more than an inch, allowing the sole occupant to not only escape the airflow, but take advantage of a lower center of gravity.