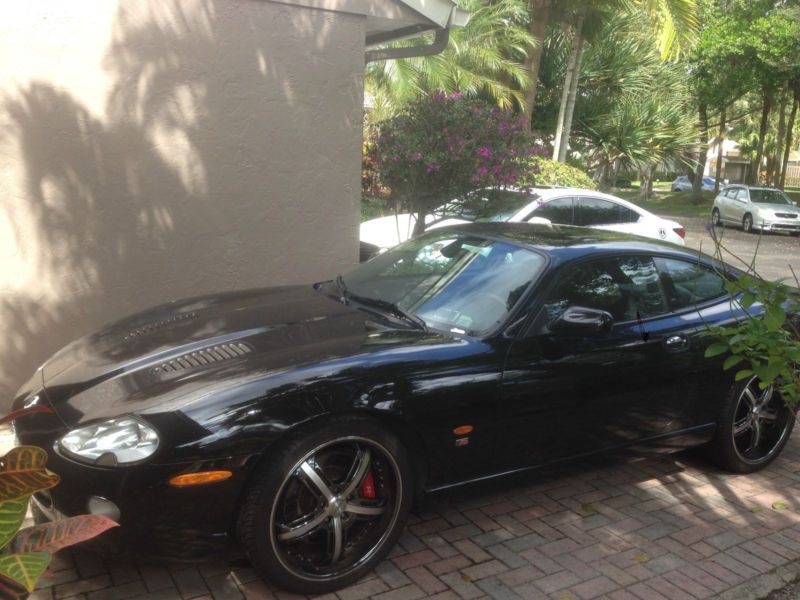 Please email me with any questions or requests for additional pics or something specific at: leeannalkkonieczny@uk6.net .

Here is an Extremely rare limited 2006 Supercharged XKR JAGUAR Coupe Victory Edition to commemorate Jaguar's wins in Trans-Am road racing. Victory, named for Jaguar’s four championships in SCCA Trans-Am racing, is the last of the line. Unique interior trim and badging, 20-inch wheels and tires, with red calipers on brake discs to complete the package. The body style turns heads, it’s almost impossible to drive down the block in this car without people asking to take a closer look. The interior is the lap of luxury, and with nearly 400 horsepower on tap, performance is like a land-bound executive jet. 19.9 gallon fuel tank.

Open the doors, and the special marking of checkered flag motif shows on the Victory’s inside door sills. The XKR Victory edition cockpit features a nod to the traditional Jaguar interior wood, symbolic of tradition, which has been replaced by high-performance carbon fiber, today’s high-performance material of choice.