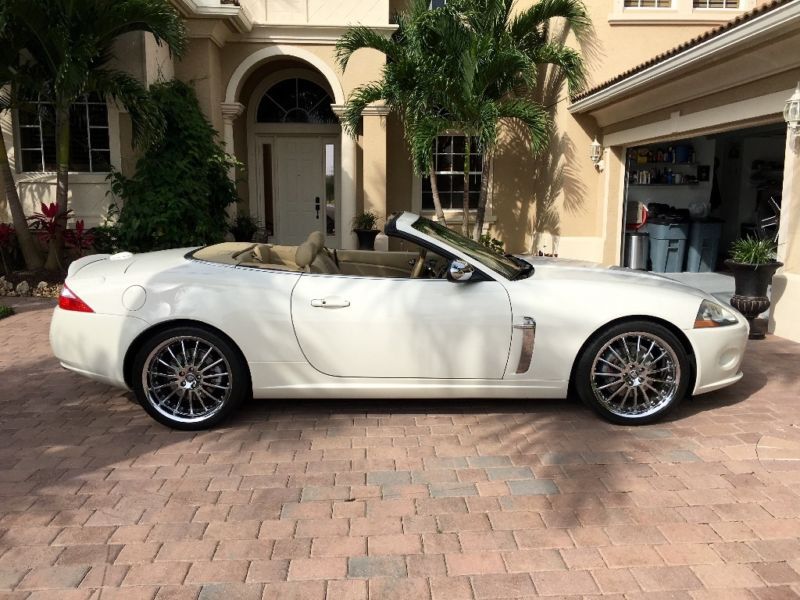 If you have more questions or want more details please email : kathyrnshaffen@juno.com .

Jaguar XK 8 Convertible as new with only 28,892 miles and finished in Porcelain with Caramel interior fully loaded
with all factory options, Luxury Package, Advanced technology package etc. plus 20 inch chrome Coventry wheels with
matching nearly new Michelin Pilot tires. I have owned the Jaguar for about 8 years and am a fanatic when it comes
to looking after my cars and is fully up to date with all services and in perfect condition. All original paintwork
with absolutely no marks or dings/chips anywhere. New Jaguar convertible top fitted 2 months ago. Always garage
kept at my Florida house and only used occasionally. This is probably the nicest and cleanest 2007 Jaguar XK8 out
there. I have title and all books spare key and original window sticker from new.