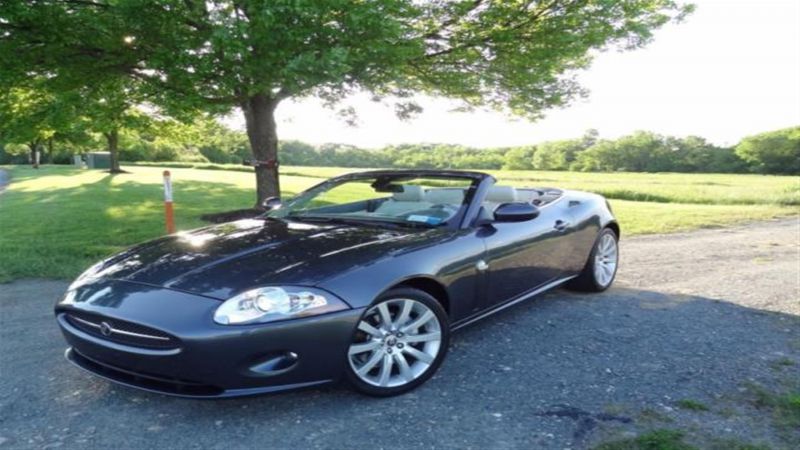 Being offered is this exceptional, very-low-mile, XK Convertible. the car comes equipped with the Luxury Package, which includes19" Carelia wheels, heated steering wheel, leather instrument panel, and 16-wayheated seats. Also included is the optional Alpine Premium Sound Package inaddition to the generous number of standard features, all originally for an MSRPof $86,675. Servicing at 14,000 miles in June included a coolant flush & fill,brake flush & fill, and oil & filter. All systems and electrics (including top)verified satisfactory by local Jaguar center. While mileage around town is inthe high teens (no surprise for a large V8), freeway use returns a figure of30-33 mpgs (which is a surprise). Cosmetic flaws include a 1/2"-long shallow digin the clear coat (forward hood); some scuffing on the forward edge of the chintray; very minor seat, convertible top, and trunk rail wear commensurate withgentle use. Under hood and wheel well views of suspension componentry revealremarkable cleanliness. In addition, there is zero evidence of tobacco use, andthe interior retains a wonderful, rich aroma.

With its sights set on the BMW 3 Series, Jaguar could be planning a full range of models for its upcoming entry-level car - possibly called the XS. We've already seen spy shots of the four-door version of this all-aluminum baby Jag, but according to Auto Express, the automaker will also offer the car in coupe and wagon variants.
The XS sedan should hit the market in 2015, and the coupe and wagon models are expected soon after that. Speaking with Jag's global brand director Adrian Hallmark, AE says that the XS will be focused on styling with a design similar to the recently introduced C-X17 crossover concept. Hallmark also said that the addition of the XS lineup could help Jaguar double its sales, which were at 357,773 global units in 2012. Head on over to Auto Express for some speculative renderings of the XS coupe and wagon.