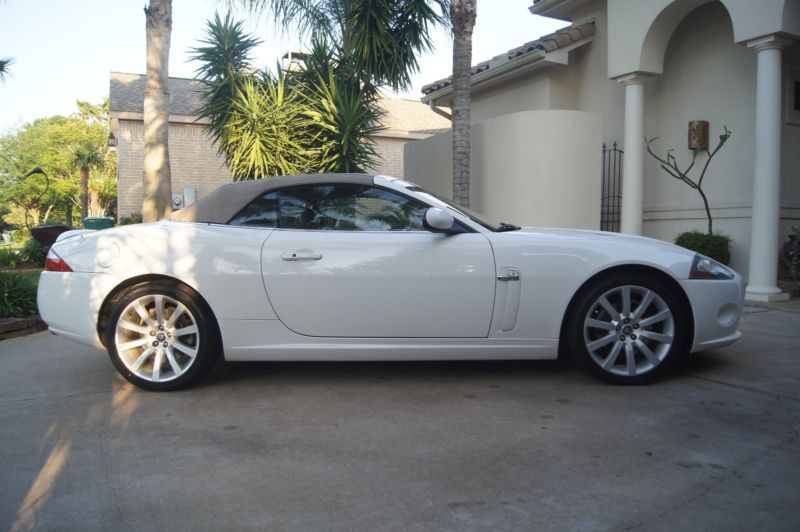 Stunning Jaguar XK! Always garaged, never smoked in, maintained to the highest standards. Most desirable colors,
always gets a thumbs up. Two owner dry weather car, southern California and Texas. Everything works as it should,
except a disk is stuck in the cd player (stereo, GPS, etc. works fine). Exterior and Interior are in excellent
condition, with one or two tiny gravel chips, too small to photograph. I'll let the photographs speak for the
excellent condition of this car.