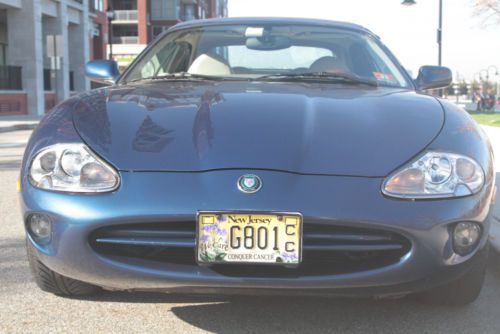 This is the Jaguar F-Type Coupe, the long-awaited hardtop counterpart to the F-Type roadster we tested earlier this year. Besides adding a roof, it shuffles up the engine range that we saw on the Convertible model, and in two of three cases, it cuts the cost of entry rather quite nicely (a happy contradiction to earlier reports).
The big change is that the F-Type Coupe does away with the Convertible's V8S trim (although the 495-horsepower variant will still be available in the droptop), and adds an even more potent letter to the top of the range. The $99,000 F-Type R Coupe is the latest member of Jaguar's R Performance line, and despite being down a letter on the XFR-S and XKR-S, it features the same 5.0-liter, 550-hp supercharged V8. With all that power on tap, the F-Type R will sprint to 60 mph in just 4.0 seconds (if it doesn't break into the 3s in independent testing, we'll be shocked) and on to a top speed of 186 miles per hour. If you need to get to freeway speeds quickly, the F-Type R will also go from 50 to 75 mph in just 2.4 seconds.
As the top tier model, the F-Type R is loaded down with performance-oriented tech. The suspension features adaptive dynamics that manage the car's body movements and adjust accordingly, while the suspension itself is 4.3-percent stiffer in front and 3.7-percent tighter in the back than the F-Type V8S Convertible. Drivers can dial up an even stiffer suspension setting in Dynamic Mode, which will also tweak the steering, the shift schedule of the eight-speed SportShift automatic and the throttle response of that brawny engine.