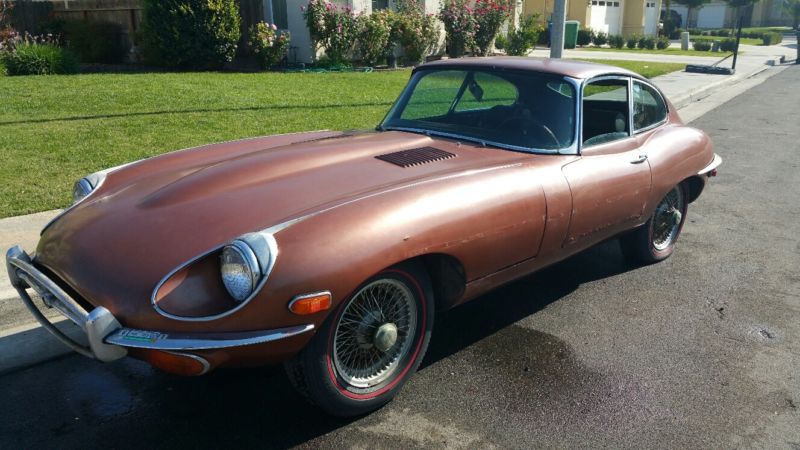 1969 Jaguar E-type FHC
Unrestored Life long California car with a 1 Owner History
History:
This car Was purchased new in Northern California by an Employee of the Mare Island Naval Department of Defense.
He drove the car for some time. not long ago, he fell ill and decided to sell.
Mechanicals:
The car has been sitting for a few years, and would need the fuel system cleaned out at minimum to run. The car was
running when parked, and the engine turns over. The engine is numbers matching. The car shifts thru all gears well,
and it rolls and steers freely for transport.
Body
The body is very straight and would make for an easy restoration, The window was left down on the drivers side, and
over the years rain water would trickle down, and rust is evident at the bottom of the drivers side door. But that
is the only problem area. The floors are all original and un-welded, same with the sills/ spare tire area, all
original and no patches, Very solid as California Cars have a great reputation for being.
The paint color was originally Silver, and still showing in the engine bay and trunk area. There was trim pop
riveted along the body, which was removed, so Very small holes about the size of the tip of a pen are evident on
both sides about 6-7 Per side, but easily remedied.
Interior:
Interior is all original As well, the seats are in OK shape and will eventually need re-done, as well as new
carpet, and headliner, It is a good project.
Overall A very solid car to restore.