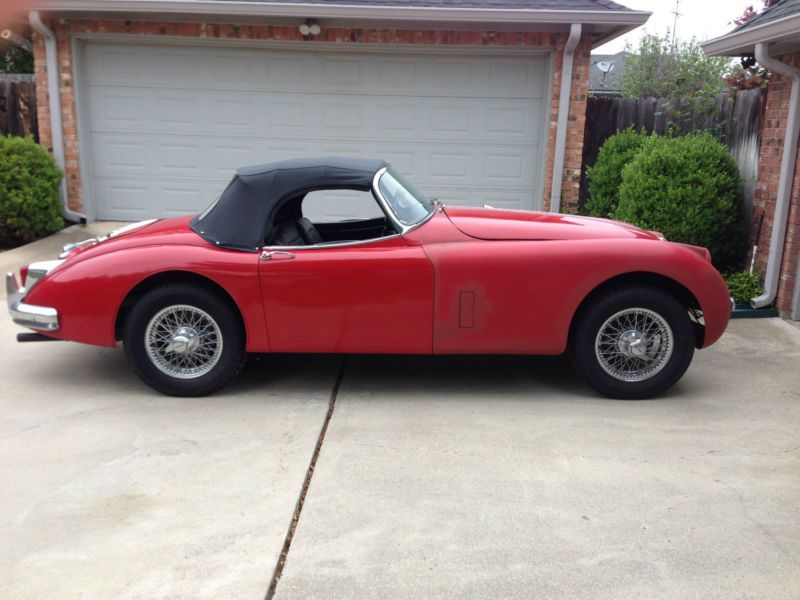 Feel free to ask me any questions about the car : chantalcmmcgranahan@trekkies.org .Very rare numbers matching XK150 Open Two Seater (OTS). Only 30 OTSs were built with the 3.8 liter engine (2
carburetors) and the 4-speed overdrive transmission. This car (832171) was manufactured in November 1960 and was
fourth from the end of the production run (832174 was the last XK150 OTS produced). I know of only one other XK150
with a higher VIN number.

Purchased the car in 1975 in New Mexico. Since purchase, has been garaged in Texas, no harsh winters or salt . Have
not driven it on the road since 2004. Started on a regular basis until about a year ago. The fuel pump failed.
Engine turns. Body is in good shape with a few areas of minor surface rust. Have all the parts with the exception
of the washer bottles, jack, and emergency brake lever. The emergency brake lever in the vehicle is from a Ford.